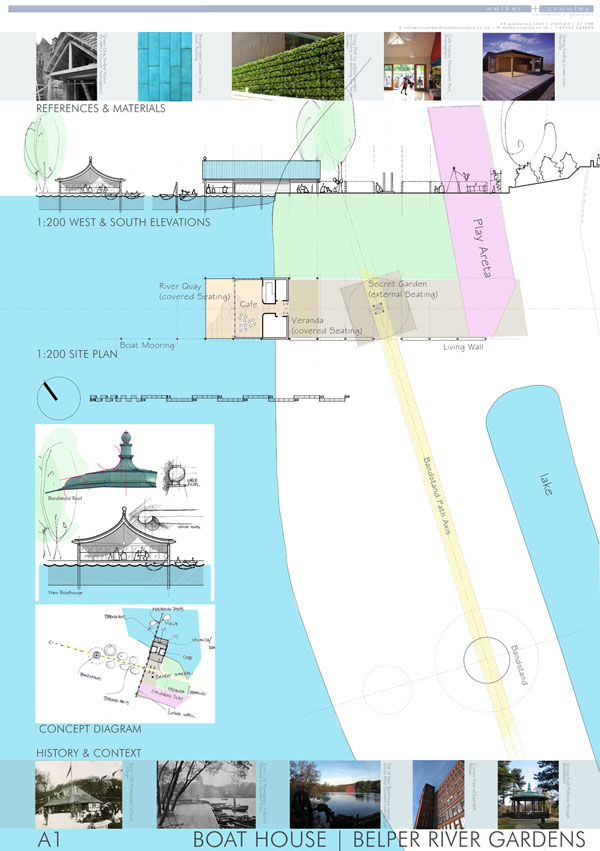 Inspired by the brief to design a new tea room for the Belper River Gardens, we set about a competition design set up by Amber Valley BC. Our design took the existing geometry of the garden's footpaths, bandstand and river to create a main axis from the bandstand to the proposed 'Secret Garden', a new public space between the existing playground and new Tea Rooms. This area is defined by a 'living wall', a modern interpretation of the garden hedge, setting up a new secondary perpendicular axis which connected Playground, Secret Garden, Tea Room and river beyond.

The new Tea Room would also act as a Boat House, replacing the existing temporary jetty and ticket office facility. The Boat House extends out into the river, with lighted mooring posts extending the secondary axis visually into its flow and enables secure night-time storage of the boats. The building form draws on its context, with a timber frame referring to traditional jetty construction and a roof inspired by the curved lines and copper cladding of the existing bandstand. Two verandas at either end of the building address the river, with sliding folding screens affording shelter when the weather is more inclement, and the secret garden and playground beyond. 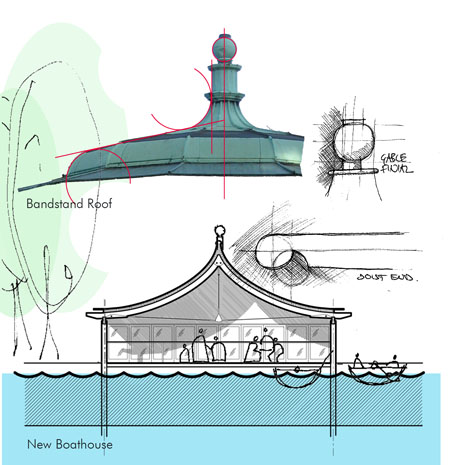 We feel the design would enhance the gardens and create a wonderful facility for visitors to the park.