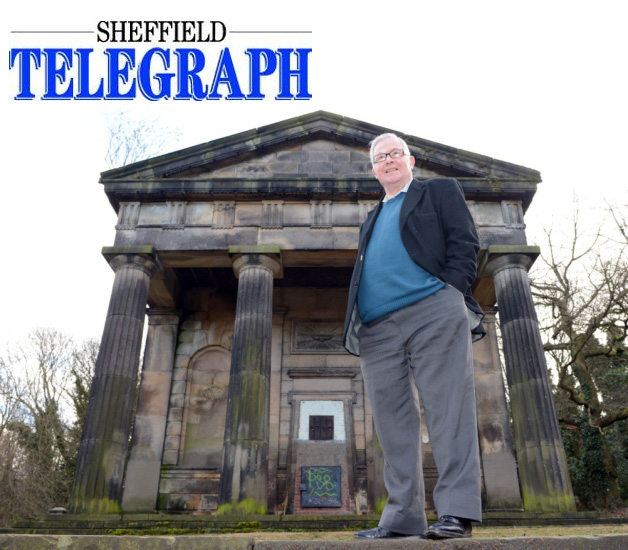 Cemetery Chapel in the News

10 February 2014 on News by johnpaulwalker

One of our current project, the regeneration of the Non-Conformist Chapel at Sheffield General Cemetery, was in the Sheffield Telegraph again this week as we prepare to start on site later this month.

The grade II* listed chapel was opened in 1836 as the centre piece of the extraordinary landscape vision that was the Sheffield General Cemetery. However since 1950s it has laid redundant and un-cared for, and is currently on the national heritage ‘at risk’ register. That is until the Sheffield Centeral Cemetery Trust set their sights on giving it a new lease of life. We have managed to secure funding from the Architectural Heritage Fund, the Wren Fund and Sheffield City Council.

The article quoted Mike Pye, of the Sheffield General Cemetery Trust, saying “The money will enable it to be used for a number of events, we’ll see who wants to use it, but we have had a number of groups, primarily in the cultural field, who are saying it would be nice as an exhibition or arts space. A local film group has also expressed an interest. It’s a nice usable space.”