27 February 2013 on News by johnpaulwalker

Tran[sport] for London is another collaborative project between Walker Cunnington Architects and Paul Testa Architecture. In response to the High Line for London competition, we conceived a network of green ribbons allowing people to walk, run, cycle, and skateboard at locations and venues that have previously been off limits, capitalising on the energy and enthusiasm for sport in London following the Olympic Games, turning the landscape of the city into a sporting arena. 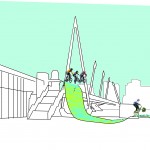 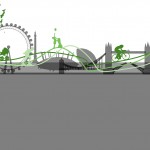 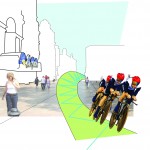 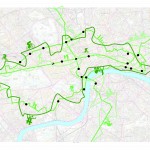